Drugs is one of the important topic of concern nowadays. It’s a kind of substance which easily gets mixed in the blood of consumer. Excess intake of the same affects the physical and mental health of the consumer in a destructive way. The addiction of drugs not only destroys the life of an individual but also their families and dependents which may include unborn child.

Drug is defined under section 3(b) of Drug and Cosmetic Act 1940. It includes:-

i) all medicines for internal and external use of human beings or animals and all substances intended to be used for or in the diagnosis, treatment, mitigation or prevention of any disease or disorder in human beings or animals, including preparations applied on human body for the purpose of repelling insects like mosquitoes;

ii) such substances (other than food) intended to affect the structure or any function of the human body or intended to be used for the destruction of (vermin) or insects, which cause disease in human beings or animals, as may be specified from time to time by the Central Government by notification in the Official Gazette;

iv) such devices intended for internal or external use in the diagnosis, treatment, mitigation or prevention of disease or disorder in human beings or animals, as may be specified from time to time by the Central Government by notification in the Official Gazette, after consultation with the Board.

Now let’s put some light on drugs trafficking. Drugs trafficking is an international term that included narcotic drugs and psychotropic substances also their production, cultivation, import, smuggling and promotion. The term further extends to include crimes related to the tools and means of transportation used in the manufacture of narcotic drugs and psychotropic substances. 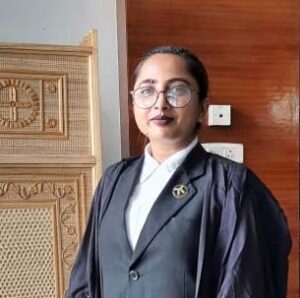 But how this drug trafficking actually started in India? About 900 years back, the Arabian Merchants arrived India and introduced with the Opium which was used for medical purpose. Due to its analgesic effects, the people started misusing the drug and ended up being drug addicted. Later on this trafficking became wide and more powerful in India and started effecting the younger population very badly.

After independence the Government of India has taken active measures regarding the restraining of drug trafficking and also to improve the physical and mental health of the person with drug addiction so that he or she gets back to his normal living and put his contribution for development of the society.

Today our country is one of the victim of this pathetic problem. The young minds are considered as a jewel of the society and their destruction due to drug abuse is a devastating state for the society. There is no doubt that our Government has taken all the necessary measures required to protect our society from this hazard. Awareness is being given to the population through social media, YouTube channel, advertisement, cinemas, rallies, camps and many more. Apart from this Government has put a banned on many medicines and chemicals and also selling of the same without proper medical prescription. There are many NGO in the country which supports the people who wants to give up on drug addiction and lead a normal healthy life by giving them proper rehabilitation.

No doubt our Government and laws are doing wonders for the society but it is the duty and responsibility of each and every citizen of the county to help themselves and people around them to be aware of the hazardous effects of drug and lead a happy and healthy life.